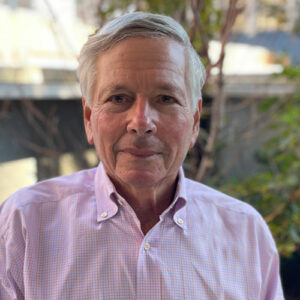 Peter Johnson, CEO of Law Practice Consultants, was featured extensively in an article entitled “BigLaw Should Avoid Cuts Now To Exit a Recession Stronger.” The article, written by reporter Aebra Coe and published in the October 25, 2022 edition of LAW360 Pulse, included interviews with prominent legal industry consultants on the topic of what steps law firms should take with a potential financial recession looming in the next year.

The experts, including those from HBR Consulting, Wells Fargo, and Altman Weil, generally agreed that, “now could be a prime time, instead, for firms to invest in order to emerge from a recession stronger.” They advise law firms to take “a more moderate approach that includes continuing to make certain investments, including new hires, throughout the potentially stormy period ahead.”

Here are some excerpts from Peter’s interview:

The balance between making investments, such as hiring new lawyers, offering bonuses or paying for new practice management technologies, and making sure expenses are kept in check comes back to a push-pull between partner profits and other expenses that could benefit the firm in the long term, according to Peter Johnson, founder of law firm management consulting firm Law Practice Consultants.

In any downturn, law firms have to decide how to prioritize each one of those two things, and typically, the decision comes down to the firm’s culture and how partners prioritize the almighty dollar, Johnson said.

“At some firms, they have to do whatever it takes to increase partners’ take-home pay [or else risk departures]. That’s different from a culture where they can say, ‘We were down this year, but we had our three best years ever before that,'” he said. “I think law firms need to try to avoid the peaks and valleys of hiring and firing, and keep a stable workforce.”

And on the subject of real estate leases:

“The two biggest line items for law firms when it comes to costs are people and real estate, and there could be greater flexibility than some firms realize to cut back on office space in order to focus on preserving personnel, according to Johnson.”

“Some savvy law firms, he explained, are approaching their landlords before their leases are even up and looking for ways to reduce their real estate space needs to adapt to a new office environment where attorneys and staff don’t want to come into the office every day of the week.”

“These firms are trying to figure out how to accommodate a hybrid environment, which they are promoting as opposed to putting up with,” Johnson said. “You can have the same headcount in 50% to 60% of the space by encouraging in a productive way a hybrid remote work environment.”

“You can have the same headcount in 50% to 60% of the space by encouraging…a hybrid remote work environment.”

“And while some in law firm management have expressed concerns about how remote work may lower productivity or harm the firm’s office culture and create less loyalty on the part of attorneys and staff, Johnson suggested that allowing more flexibility may actually lead to improved retention and productivity.”

“I believe allowing and promoting a remote or hybrid work environment will increase your recruiting potential and increase your retention percentage,” he said. “Many firms I’ve worked with said everyone must go back to the office, there were some lawyers who said, ‘Forget it, I’m not doing that’ and then [went] to other platforms that are more flexible.”

You can read the full article here (subscription required).